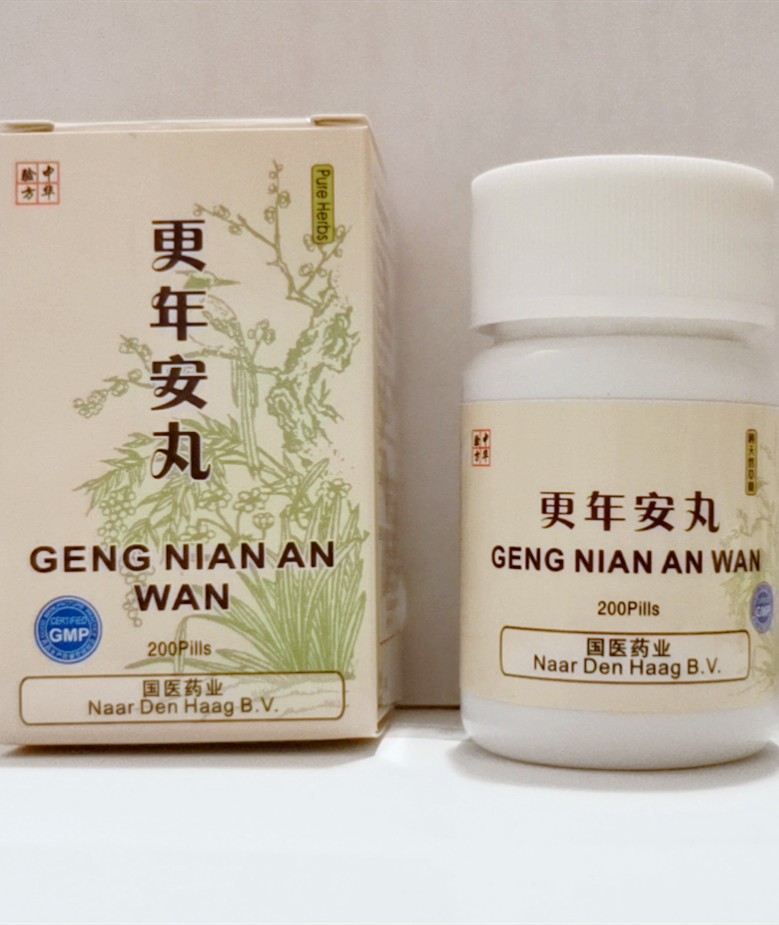 Menopause is a normal physiological change that occurs in women between the ages of 45-55 when their menstrual cycle stops. Menopause is considered complete when a year has elapsed without menstruation. This change is usually gradual and happens when a woman' ovaries stop producing eggs. Menopause disrupts the balance of the body' hormones: estrogen and progesterone. This imbalance may cause symptoms such as hot flashes, night sweats, sleeplessness, mood swings, and restlessness.

Geng Nian An Wan is composed of 15 Chinese herbs which effectively clear heat and tonify the Yin to balance the body and relieve the symptoms associated with menopause.