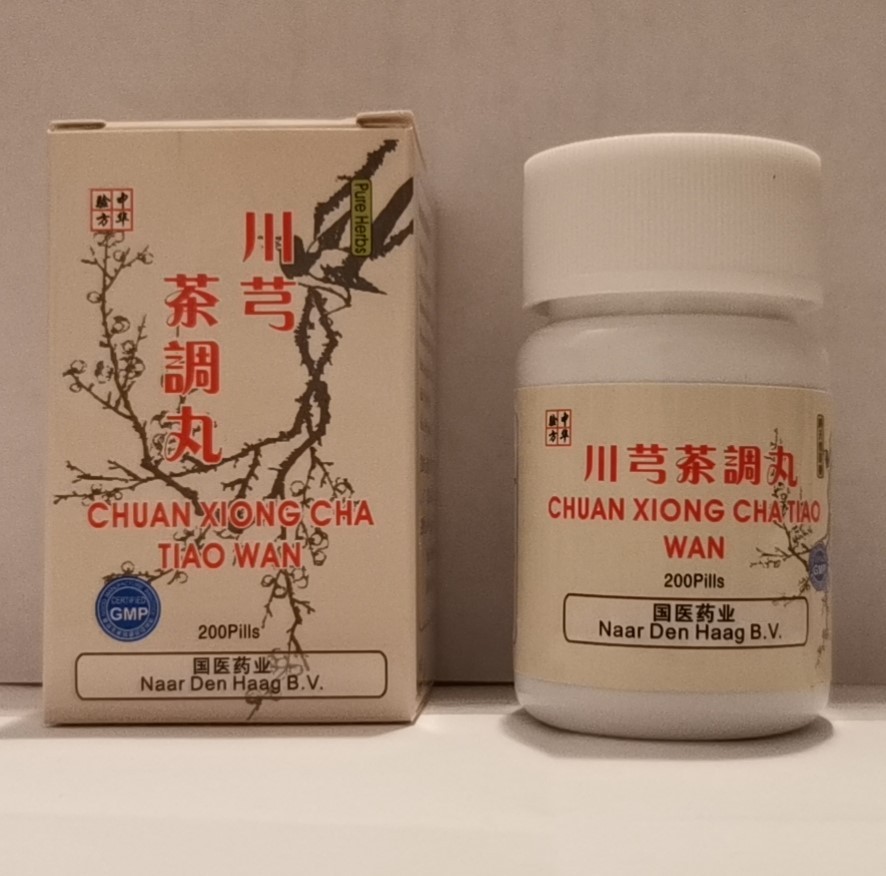 From the perspective of traditional Chinese medicine (TCM), the Chuan Xiong Cha Tiao San formula is indicated for conditions in which external wind has disrupted the flow of Qi energy in the channels or meridians and thus obstructs the clear Yang Qi and causes discomfort. Chuan Xiong Cha Tiao Pian has both warming and dispersing actions, which effectively drives wind from the head, clears heat, relieves discomfort and prevents the condition from penetrating deeper into the body.

Chuan Xiong Cha Tiao Wan is most appropriate with signs of external wind invasion which include a thin, white tongue coating, superficial pulse and heat and/or chills due to exogenous wind. It should not be used in cases which arise from hyperascendant Liver Yang or from an overall deficiency of Qi (energy) or blood.